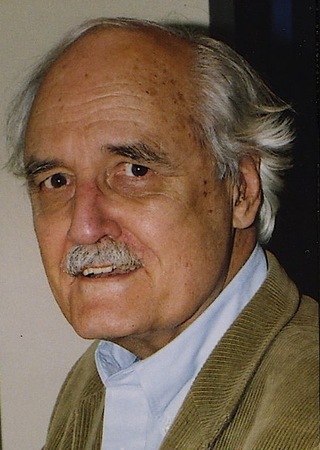 Charles Dee Sharp was born in 1928, the son of an Indiana farmer. At the end of World War Two, his father's health failing, the family moved to Arizona where Sharp graduated from high school. Determined not to go to college, he found a job as cub reporter on Anna Roosevelt Boettiger's Arizona Times. Aware at last that he was woefully uneducated, he enrolled at the University of Arizona. Disillusioned, he dropped out, hitch-hiked to Madison, Wisconsin where, studying on his own, he took advantage of the University of Wisconsin's facilities without actually enrolling. He was on a student bicycle tour in Europe when the Korean War broke out. During his two-year tour in the army he decided he wanted to be a documentary filmmaker, teaching himself the rudiments by shooting, across the Rio Grande from Fort Bliss, Texas, the Sunday afternoon bullfights in Juarez, Mexico. Discharged and hoping to make a documentary film of the Mississippi River, he made photographic forays up and down the mythic river. Broke, he headed for Chicago where he became bureau chief and producer for the midwest bureau of CBS TV News. He later quit to form his own film company, shooting films in the Soviet Union; in the Middle East retracing the Biblical Exodus; the missionary journeys of St. Paul; University of Chicago Egyptian archeological digs; and Israeli kibbutzim. In South America he shot films for the Peace Corps. He was associate professor of film in the Institute of Design at Illinois Institute of Technology until sidelined by multiple sclerosis. Slowly regaining his health, he turned to writing, publishing The Wonder of American Toys - 1920-150, a cultural history of America between the two world wars as represented and pictured by its toys. His second book, The Mississippi River in 1953, contains the now historic and valuable photographs he had earlier made of the river, along with an essay and diary notes. He has a daughter, two grandchildren and lives in Chicago with his wife, Judy.